INGL is also available in your country: USA. Starting good deals here now!
Back to Results

This article attempts to decode India's upsurge in vaccine diplomacy over China. India supplied the COVID19 vaccine almost free to its neighbors in South Asia. When developed nations are restricting exports, developing nations like India is bent upon export, mainly on philanthropic grounds.

The current wave of vaccine diplomacy between India and China triggered intensive debates over the sustainability of China’s pre-eminence in South Asia. According to Zingun Zhu, Chinese foreign affairs expert, China was the first major power to practice vaccine diplomacy through “mask diplomacy “and “PPE diplomacy”. China donated its manufactured vaccine to dozen of countries, but with riders. Eventually, Sinopharm – a Chinese-made vaccine – made a joint venture with UAE to make vaccines for local people. IN contrast, India supplied vaccine almost free to its neighbor, who are poor and developing economies, without any string. Over 74 percent of the vaccine distributed by India to its neighbor was on the grant. Philanthropic gestures preceded. 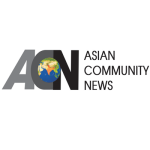 Which is the best mobile app marketing services provider? -- ₹

Here you can get Top App Developers in India -- ₹

Where to buy android App Installs and downloads in India -- ₹

One of the best mobile app marketing agency in india? -- ₹

Which is the benefits of mobile app advertising -- ₹

One of the best company for mobile app promotion in Delhi -- ₹

One of the leading mobile app promotion company -- ₹

We are the best mobile app marketing company in delhi -- ₹